Ballinkillen is a townsland of about 47 families. The village itself has 20 homes and about 70 people. In recent times 14 new houses have been added most of these are now occupied. It is the out parish of Bagenalstown (Muine Bheag). The church is dedicated to St. Lazerian and there is a beautiful stained glass window by Wilson of Youghal to his honour in the church. There are four other fine examples of stained glass windows -in honour of St. Joseph, St. Patrick, Our Lady and Christ – all donated to the church.

Little is known of its history but it was built about 1793 by Fr. Michael Brophy and is one of the oldest churches in the diocese. It is likely it was a “barn church”. The church at Lorum was more than likely the place of worship before this time and tradition says that there was a “mass” house near Ballinkillen Cross.

In 1798 the church escaped plunder by the Crown forces as it was then thatched and looked like a farm building and they passed it by. The chapel yard started as a burial ground about 1817 and was consecrated by Bishop Doyle on Thursday, 26th September 1821. The long aisle was added to the church at this time, making it cross shaped. The Calvery was erected in 1935, the statue to Our Lady in 1955 and the cement paths around the church were completed in 1989 by voluntary labour, the materials were donated.

The Lourdes Grotto was officially opened in October 1998. It was built by voluntary-labour, the site and statues were donated. Also in the church grounds is a stone slated building, comprising a stable and dry lavatory in need of repair. This building may have been a “watch house” for the graves. There is also an old black coffin biier standing with interesting names and dates handwritten. 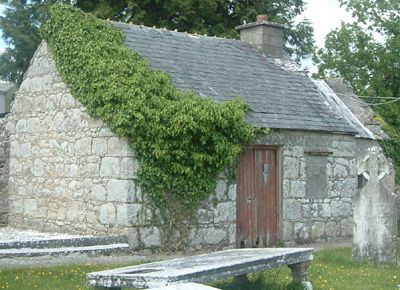 The school principal is Mr. Kevin Cuddy, who has three assistants. There are 51 boys and 46 girls with a total number of 97 students. 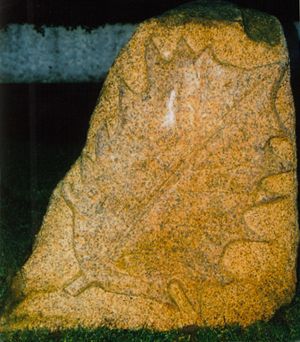 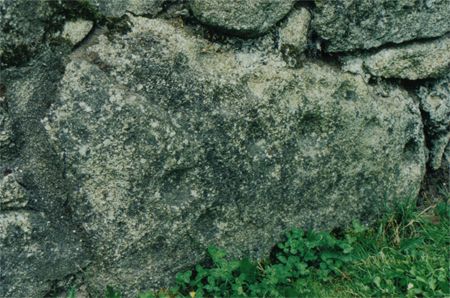 Theresa Malone, the heroine of 1798 is buried in Ballinkillen and a plaque was erected in her memory in 1998. It is thought that Theresa lived to the age of about 90 years and died about 1868.

The parents (Patrick (1841). Alicia (Cullen/Murphy) (1834) of Cardinal Patrick F. Moran Archbishop of Sydney (Aust. 1884) are buried in Ballinkillen church yard. A headstone to their memory was erected by Cardinal Moran when he visited Ballinkillen in 1902. Cardinal Moran died in 1911. The new bridge in Leighlinbridge is named after the Cardinal. 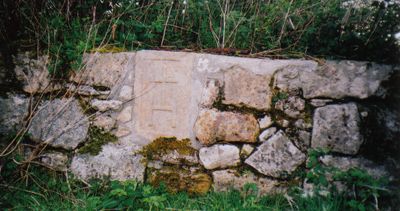 Lorum church is located approximately 1.5 miles from Ballinkillen. Dedicated as the Church of the Good Shepherd by Bishop Neal in 2001 . The church is surrounded by the church burial ground. To the rear of this beautiful church is a very old chapel ruin and cemetery. One headstone dates back to 1730. Also near Lorum is the remains of a High Cross.

Near the village of Ballinkillen on the Lorum side there was what was known as the “religious bush”. According to local tradition, a woman was shot in 1798 and is buried there. In times past procession were made from the chapel to pray at this spot, before returning to the chapel again. It is also noted that the “dead coach” was seen in the Ballilnkillen area.

There was a rath at Ballinkillen in which a small metal box was found, it contained a large number of bright white bones, all flat and coin shaped. It was said to be magic money and the person who found it was “made for life”.

There also exists some “stone art”, a fine example can be seen at O’Gorman’s gate. In 1984 a “cist” grave was uncovered by Shea Power whilst ploughing on Doran’s land. It consisted of a 2 x 1 .5 ft shallow chamber with a cap stone, containing two earthenware urns with human bones and grain.

The main recreational attractions in the area are: 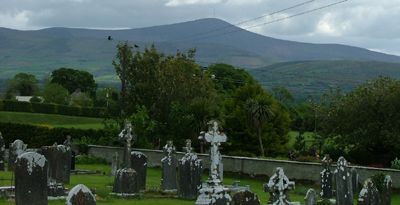 A view from Ballinkillnen Churchyard

Close by are the market towns of Bagenalstown (5 mls), Borris (4 mls), and Goresbridge (2.5 mls), now world famous for its horse sales and only 15 miles from Carlow or Kilkenny.

There are no upcoming events at this time.